Trish's Wishes for the Children

Trish Stuber devotes a considerable portion of her free time to Wishers and Dreamers, a non-profit organization that provides ill or disabled children with hospital gowns for their dolls. According to Stuber, who is herself a cancer surveyor, the colorful garments provide much-needed comfort to children as they find themselves in the often challenging environment of hospitalization.

Wishers and Dreamers Inc., is a non-profit organization that provides ill or disabled children with hospital gowns for their dolls.

Pamela Babek, Stuber’s sister, is an active childhood cancer awareness advocate.  Babek was a critical support for Stuber when she battled cancer in 2012. Once Stuber overcame the disease, she and her sister wanted to do something for those still fighting their own medical battles. “My sister and I were trying to figure out something to give back because when I got cancer, everybody was so kind and the whole staff was just so kind,” said Stuber.

Finally, in July of 2013, they started the Wishers and Dreamers organization using Facebook. According to Stuber, Babek visited hospitals like St. Judes and reached out though social media to various support groups. “There’s a lot of Facebook support groups for kids, so she’s posted a lot on there,” she explained. Originally, Stuber and Babek considered sending children stuffed animals and dolls.

“[Pamela] had gotten this doll and had sent it to a child who had cancer… We were talking about doing that, but we were like, ‘that’s too expensive. We can’t afford to do that. How can you fundraise for just one doll that costs that much?’ So we came up with an idea of something for the doll and that’s how we came up with the hospital gowns for the stuffed animals."

After receiving positive responses from the hospitals, the duo decided to make a broader commitment to the program. “At first, we just gave to kids with cancer, but then we found the need for all kids… After the first year, we figured we were in for the long haul,” said Stuber.

Thousands of gowns each year!

According to Stuber, “The hospitals request the gowns…We probably mail out 25 a week and we ship them all over the world. I think we’ve given out at least 6,000 gowns in the last 4 years.”

Babek said that the experience taught her “that there is much more out there in the world than what we can do, but we’re trying to do our best to help the children.”

Stuber takes time out of her weekends to make the gowns, hosting gatherings for people to help out any way they can. “I make most of them at my house, and then we have some sewing parties. People come and volunteer to cut gowns and sew,” she said.

Administrative assistant Carolyn Daughton, who has known Stuber since 2007 when the two worked at Miramonte High School together, believes the program is making a powerful positive impact on the children who receive the doll gowns:

“I think it’s a comfort to them and to their parents to know that there’s people like Trish and her sister out there who genuinely care and want to make a positive difference,” Daughton explained.

Stuber plans to continue making gowns and keep the organization going. “It’s just a simple little gown so I didn’t think much of that…But parents have come back and what they’ve found is that their child has been much happier to have their buddy like them…I didn’t think it was gonna be what it was gonna be…It’s heartwarming,” she said.

It is “a good reminder of appreciating our health and of the good people out there who try and work so hard to make a difference for people who maybe aren’t in a great spot right now in their lives,” said Daughton.

Made with 100% love by our volunteers!
All gowns are sent to children FREE of charge. 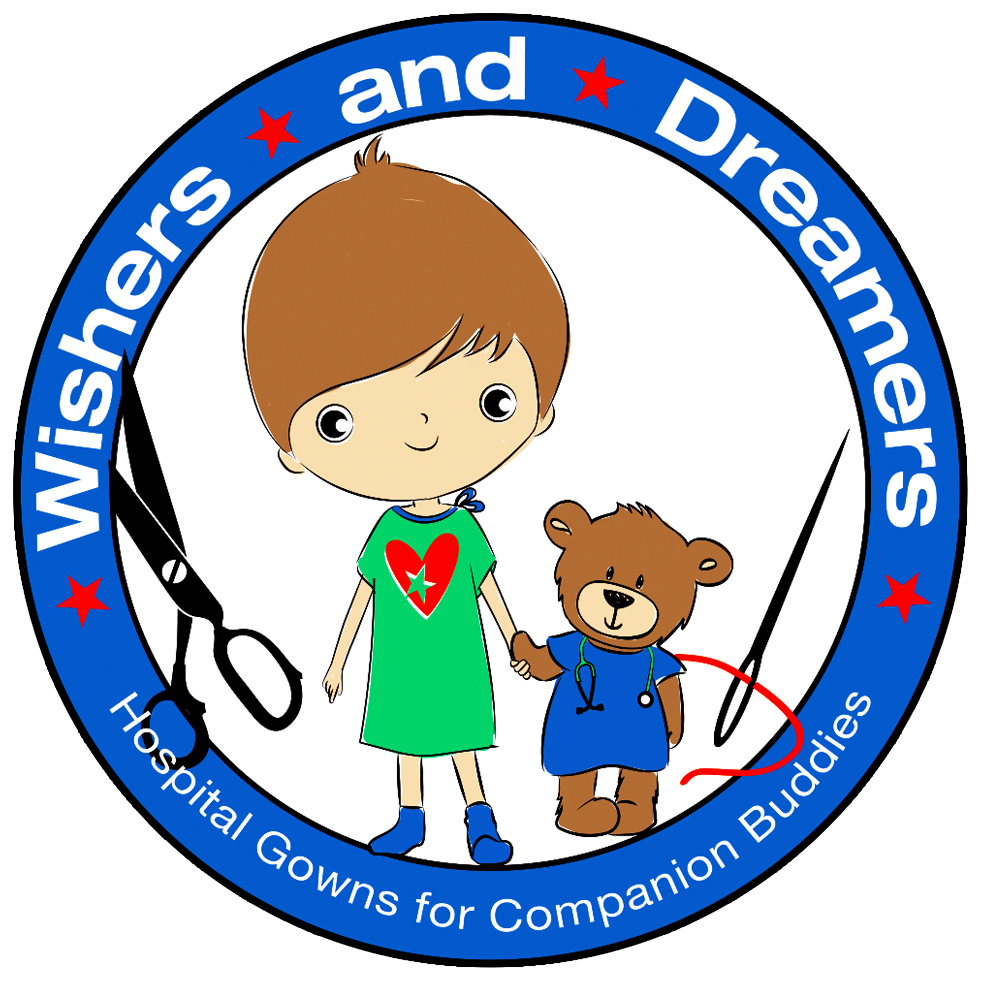 Gown for a child